RUSTY BLADEN
AND THE FORTUNATE SONS


Neil Bladen: vocals, bass. One part of the band's rhythm section is Neil, the oldest of Rusty's four kids. He provides mesmerizing background vocals that blend with Rusty's voice like only a family member can. Neil had been playing in bands for nearly ten years before he joined Rusty in 2014.


Tyler Brindel: vocals, drums. Tyler has been on the road with Rusty, playing percussion at Rusty's solo shows since 2015. His enthusiasm and knowledge of Rusty's moves and music make him a terrific addition to the full band. He provides a rock and roll thump and gorgeous harmony vocals.

Jackson Bladen: keyboards. His "wise beyond his years" playing comes from exposure to music since he was very young, and he began playing on stage with his dad when he was about 10 years old, at private shows. He brings the B-3 sound of roots rock organ to Rusty's music. 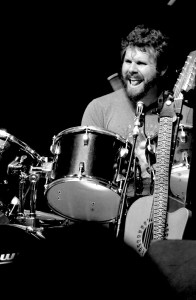 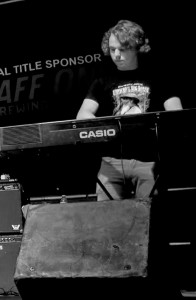